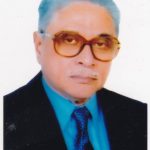 Mr. ABM Ghulam Mostafa is an ex-minister and ex-member of the parliament of the Government of Bangladesh. He was the chairman of the parliamentary standing committee. He joined the former Civil Service of Pakistan in 1956. He was the member–secretary of the first Pay Commission in 1972 and was secretary in various ministries and represented Bangladesh Government at numerous international Organizations and Conferences like – WHO, ITU, GATT, ITO, etc. and became a Minister in 1988 and held the portfolios of Energy and Natural Resources and Flood Control and Water Resource ministry. 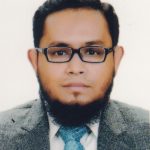 Md. Afzal is a Managing Director of the Company. He was born in 1976 at Dhaka. He completed his bachelor’s degree in Business Administration, major in marketing and minor in Management from Independent University Bangladesh in 2001. This Company is looking forward to utilizing his experience and insight in marketing and management. He is also a Director of Active Fine Chemicals Limited and AFC Capital Limited. 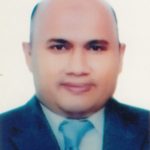 S.M Saifur Rahman is a Director of the Company. He was born in 1979 at Dhaka in a reputed business family. The key visionary founder of this company has a very strong background in scientific research in chemicals technology. He holds the position of Managing Director and Chief Scientist at Active Fine Chemicals Ltd. Mr. Rahman completed his bachelor’s degree from the University of Rochester, USA in Chemical Engineering in 2000, and a master degree on Chemical Engineering in 2001. He was enlisted in the Dean of Engineering School’s honor list for his outstanding academic achievements. He also won the 2001 prestigious Forbes Young Entrepreneur award for his high-tech Business proposal on a futuristic drug discovery system. He worked on a collaborative research program with Merck Pharmaceuticals and the University of Rochester as a Ph.D. candidate for 3 years before he left for Bangladesh. The concept of this project was generated during his tenure as a Process Development Scientist at UofR. Over there he worked to improve the manufacturing process of critical drugs. Later on, he got selected as a Ph.D. research scientist at the University of Rochester, where he published many research articles in scientific journals. Exploring the great potential of such a high-tech project requires leadership with cutting-edge knowledge in relevant technology. The leadership’s in-depth knowledge of the future of the therapeutic industry, vision and hard work will propel this organization to a 21st century’s standard true global company. He is also a Director of AFC Health Limited and AFC Capital Limited. 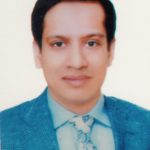 Mr. Md. Zia Uddin has been the Chairman of Active Fine Chemicals Limited since 2012. Soon after graduation in Business Administration; he started his career with diversified business and took control of his family business, Hamid Industrial Corporation (Pvt.) Ltd. which has been running successfully with an excellent reputation since 1970.  He concurrently  serves as a Chairman of Nakazia Holdings (Pvt.) Ltd., Managing Director of Faijun Industries (Pvt.) Limited, Director of AFC Agro Biotech Limited, AFC Capital Limited and Hamid Industrial Corporation (Pvt.) Ltd. as well as Proprietor of Ziauddin Metal Industries.

Mr. Zia is a prominent business magnate, investor and philanthropist within the business community. He is serving the position of Secretary-General in Bangladesh API & Intermediaries Manufacturing Association (BAIMA) and as Convener in Standing Committee on Industrial Relations, Factory Compliance, Dhaka Chamber of Commerce & Industries (DCCI). He is also the Integration Chair of Entrepreneur’s Organization Bangladesh, the biggest global network exclusively for entrepreneurs and is a Life Member of SAARC CCI, The Federation of Bangladesh Chambers of Commerce and Industry (FBCCI).

He has participated in various national and international seminars and workshops in the UK, Germany, India, Singapore, Dubai, China, Korea.

He is one of the Directors of AFC Agro Biotech Limited. Mr. Jewel completed his BBA from the University of Windsor, Windsor, Canada and has been associated with Jewel Khan Traders the Textile Chemical Seller and played a key role at Jewel Sons Garments the Kids Wear Manufacturer as an entrepreneur and enriched the garments sector with his business background and valuable professional experience in the exciting space of Garments sector. He has a deep commitment to making a difference in this sector. The creation of strategic alliances, and strategic planning of his, to the indicator of our continuous efforts to develop the core team to help achieve the mission of the Company. He is also Managing Director of AFC Health Limited. 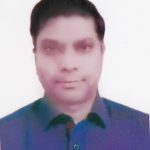 Tanvir Shahriar Ghani is a highly accomplished investment banker. He has been working in the investment banking sector for many years. He served as an investment banker at Goldman Sachs, USA. He served as Head of Asian Hedge fund & Private Equity Capital Market Group. He graduated from Colombia University USA. He worked as a speechwriter of Kofi Anan (the then General Secretary of UN). 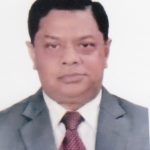 Dr. Md. Azizur Rahman was born in a respected Muslim family at Comilla in September 1955. He has completed his Graduation and Masters’s from the University of Chittagong with distinction. At the very beginning of his carrier, he joined the Department of Political Science in the University of Chittagong in 1980. Later in the year 1983, he joined the Civil Service in BCS (Administration) cadre as an officer of ʽ82 regular batch. He has done his Ph.D. on Environment, particularly “The Dynamics of Resettlement Program of Major Projects: Jamuna Bridge- A Case Study”

In Civil Service, he worked as a magistrate, UNO, ADC, DC, Chairman (Bangladesh Rashom Board), Chairman (Bangladesh Trade and Tariff Commission), Director General (Department of Youth Development), Managing Director (Bangladesh Hi-tech Park Authority) etc. in field administration. In policy, he worked as Senior Assistant Secretary, Deputy Secretary, Joint Secretary and Additional Secretary in different ministries. He participated in several training courses both at home and abroad.  He participated and leads the Government delegation in the different seminars, symposiums, workshops and negotiations on behalf of the country in the National and International areas. He regularly participated in various training courses as a resource person conduct by BPATC, BCS (Administration) Academy, Planning Academy, different NGOs on governance, socio-economic and contemporary issues of national, regional and international importance. He regularly participates in different contemporary issues in various electronics and print media. He retired from the government service as Secretary to the government. He has visited the USA, UK, South Korea, Canada, China, Japan, Switzerland, Italy, Turkey, Malaysia, Thailand, Singapore, Hong Kong, Pakistan, India, Nepal, Ghana, Indonesia, UAE and many other countries of the world. In his personal life, he is married and a proud father of two children. 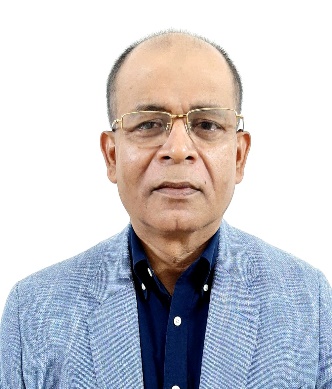 Major General Sarwar joined in Bangladesh Army in 1985. He obtained a Masters in Management Studies from Hyderabad University, India and Ph.D. from Dhaka University. Major General Sarwar held a number of operational, staff and instructional appointments during his career. He commanded 4 East Bengal & 305 Infantry Brigade both in CHT. He obtained varied experience serving in the Army within and outside the country. General Sarwar served as the Military Secretary to the Honourable President. Major General Sarwar participated in a number of seminars and symposiums at home and abroad. He has authored several monographs and articles on contemporary issues. Random Thoughts – an erudite collection of Major General Sarwar’s ideas and themes viewed through a practitioner’s lens is his first published book. His recent work on Bangladesh Liberation War is titled “1971: Resistance Resilience & Redemption” which is also published in Bangla. He was awarded DU Mirza Banu & Sirajul Islam Endowment Fund Award and Citi-Ananda Alo Literary Award 2019 for his recent publication. He is a member of Bangla Academy, Dhaka Club, Kurmitola Golf Club and Gulshan Club. He is an Adjunct Faculty of NSU.

Using locally available agricultural outputs such as corn starch, potato starch, molasses, AFCABL aims to produce various products that are very important for the pharma, food, textile sectors. Thus this manufacturing will save a lot of foreign currencies and create new plenty of white-collar jobs. AFCABL will create a positive high impact on the national economy.